If visitors have a chance to visit Hue – the ancient city of Vietnam early this September. The tourists might have noticed many people around being in hurry, putting up flags, trimming trees and shutting off roads. Do not the travelers surprised because people are just going to take the best preparation for an important day ahead anniversary of Vietnam Independence day. 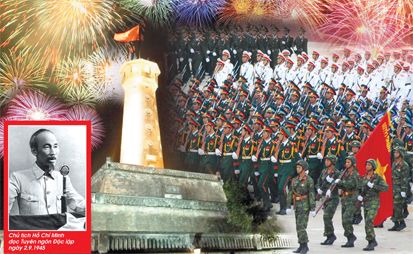 Before World War II, Vietnam was a colony of French. Known as the most important area in French Indochina with Laos and Cambodia. Despite numerous revolutions against the French, the Vietnamese had not made it through beating the powerful French military at that time.
Nevertheless, all have changed during the World War II. The French established the Vichy Government which actually a puppet of Nazi. In 1940, the Vichy Government allowed Japanese to set up the based military in Vietnam. And within a short period of time, Vietnam has become a French Colony and occupied by Japanese Forces.

At the end of the World War II, the Japanese retreated and the French left out Vietnam’s territory with an aim of preparing a long and costly war in the end of the year. Awarding of a golden time for a revolution ahead, Ho Chi Minh has seized the opportunity and declared independence. On September 2nd, 1945, standing in front of thousand of people gathering at Ba Dinh Square, Uncle Ho read the Declaration of Independence. This also officially stated that Vietnam was free from French’s colonial force.

What to see in Vietnam Independence Day

Vietnam independence day has obviously become one of the most expected days in the year. In fact, there are a lot of activities can be found at this time:

Fireworks are displayed in the major cities of Vietnam in the independence day. A large group of people gathering around bridges and squares enjoying colorful fireworks. Moreover, they normally hold the party for hours even through the night, make the noises prolonged to no end. 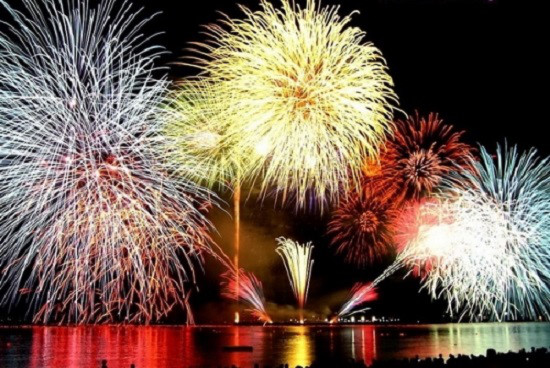 Every year, a massive marching is held in Ba Dinh Square in front of President Ho Chi Minh mausoleum. As Vietnamese Independence Day marks the victory of the country’s ruling party especially both militaristic and politically. Besides, it also consists of veterans, workers, farmers, and ethnic minorities who have important roles in Society.

Traditional festivals and local foods are also the highlights of the national day. Boat racing, cockfighting is the most attractive things to see in the countryside area. In Hue, enjoying the  wonderful Hue food tour by cyclo and boat is the best way to finish the memorable Vietnam independence day.

To have a good time enjoying Vietnam independence day in Hue, the most convenient way to explore the city and know more about Vietnamese culture is adventures Hue motorbike rental for the tourists. Furthermore, choosing elective Hue to DMZ by Private car or amazing Hue private cars is not a bad choice to learn more about the history of Vietnam.

MY KHE BEACH – WORTHY A MUST SEE COASTAL DESTINATION IN VIET NAM With a coastline of more than 3,000 km long stretching from…