My Son Sanctuary lies in a valley of Duy Xuyen district, Quang Nam province. It is 40 km from Hoi An ancient town and 69 km South Da Nang City. My Son comprised of many Champa temples and towers used to be the organization sacrifice of Champa dynasty, as well as the tomb of Champa kings or princes.

In 1898, Mr. M.C Paris, a French scholar discovered My Son sanctuary relics. In the early 20th century, H. Parmentier came to My Son Sanctuary to study the inscription and the arts architecture and sculpture. Until the years 1903-1904 the most basic document of inscriptions and architecture My Son has been officially announced.

My Son holy land is one of the Hinduism Center in Southeast Asia. It is usually compared with other major temples such as Borobudur (Java, Indonesia), Pagan (Myanmar), Angkor Wat (Cambodia) and Ayutthaya (Thai lan). 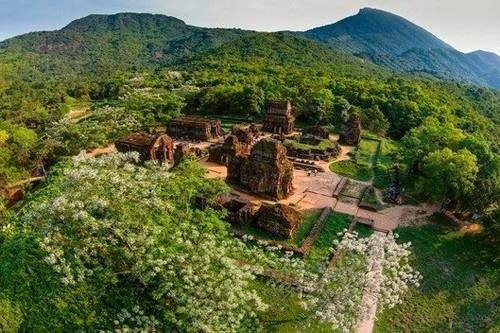 Who were allowed to visit My Son sanctuary?

Hinduism is the religion of powerful class. Only priest, king and aristocrats were allowed to enter the sanctuary. In the ceremony, the prayers went to peace house first to find peace of mind after that they went through the gate and gathered at a small yard in front of the temple. Only shaman could enter the temple to pray. 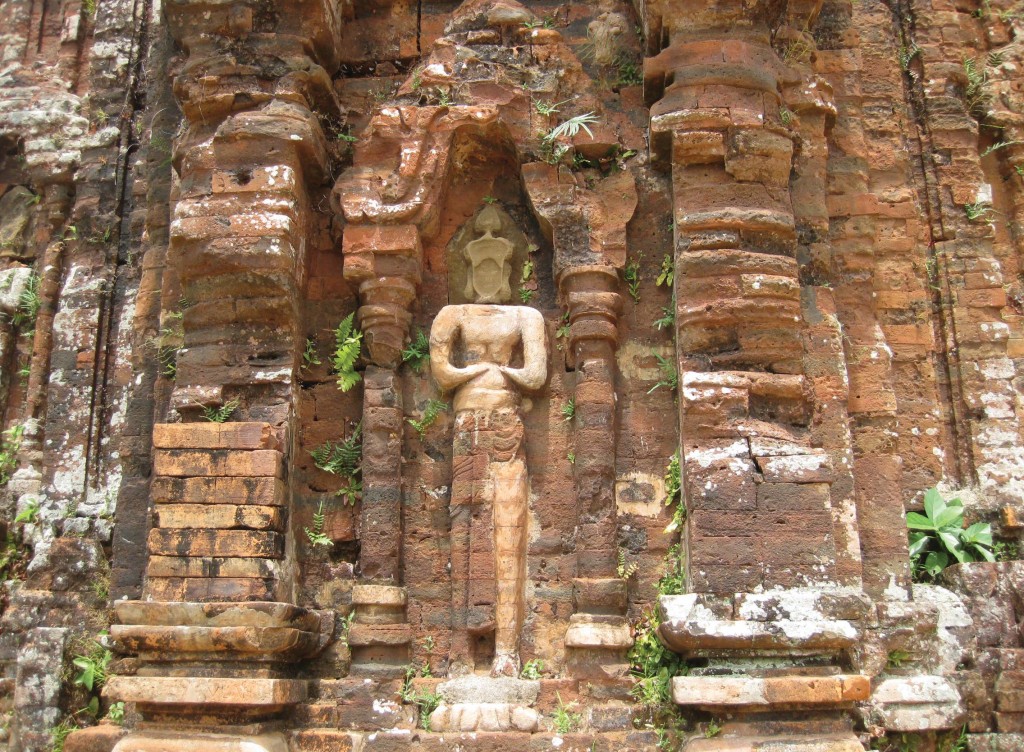 At first, India influenced Cham people in fields of religion, culture, architecture. But after 9th century beside Indian architecture, in My Son sanctuary appeared new architecture imported from Khmer, Indonesia and Vietnam culture. My Son Sanctuary became the world’s cultural heritage in 1999.

My son area includes 70 works divided into 10 groups (kalan). One Kalan has one main temple surrounded by many towers.  All the temples and towers in My Son face to the East, the direction where the life begins from and their gods live.

Based on the sanscrit writing on the tablets, we know that My Son constructions began in the fourth century. The first temples was made of wood, more than two centuries later, they were destroyed in a fire. At the beginning of the seventh century, King Sambhuvarman used bricks to rebuild the temple exists to this day.

My Son was stable over 1300 years. However, construction techniques of the Cham towers so far remain a mystery. They have not found a suitable answer on mounting material, and building temple. 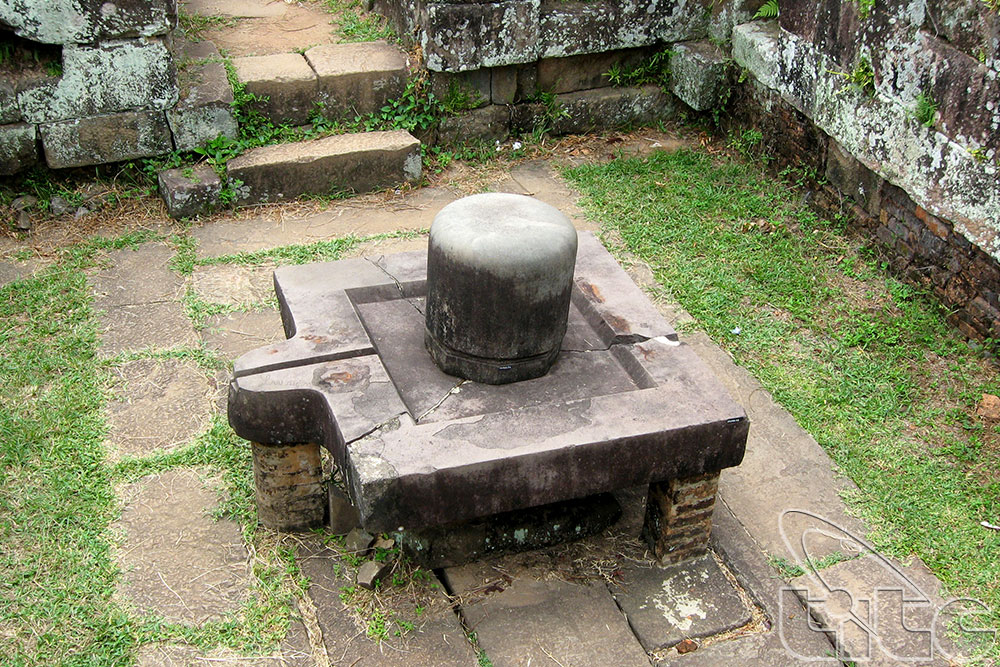 Linga and Joni is the worship statue. It is the most sacred and important object of Cham Pa kingdom. Those objects are important as Jesus statue in a church and Buddha statue in pagoda. Linga represents Shiva, the most powerful god. Joni symbols for Shiva’s Wife. On the other word, they symbol for male and female characteristics. The combination of them is the origin of every development in wet rice civilization.

While Vietnamese people burn incense to worship, Cham Pa people pour water to the Linga and Joni to pray. Linga and Joni must be in the main temple of a Kalan. Cham Pa people cremated king body and dusted his ashes into river. The Prayer casted a golden mask that have the same shape with king’s head and covered up the Linga for worshiping.

My Son was renovated by E.F.E.O (Ecole Francaise d’Extreme Orient) in the period from 1937 to 1944. However, the area was devastated by American bombs during the war. By 1975, of the remaining 32 sites, only about 20 shrines still retain the original appearance. Most of the sculptures at My Son was the French collection in the early 20th century and are on display at the Cham Museum in Da Nang city. 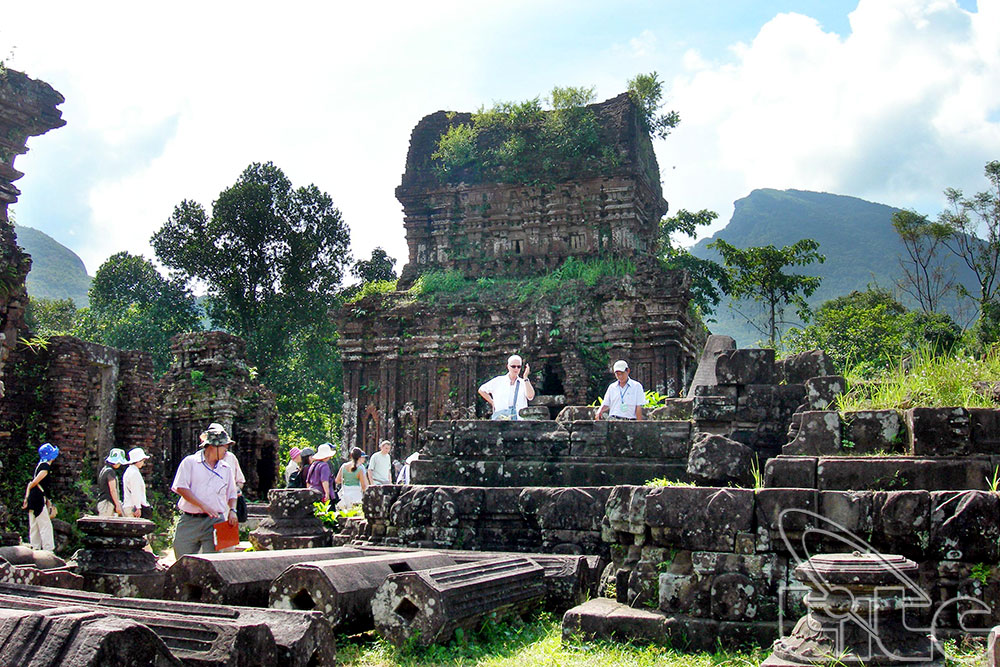 Nowaday, My Son becomes a famous tourist destination in central Viet Nam. There are many My Son tours from Hoi An operated by domestic as well as international company.

The ticket price is not too expensive (150.000VND), visitor can choose a private car or a motorbike to visit My Son