Hue Imperial city is the second rampart of Hue citadel with the aim of protecting the most important architecture, Nguyen shrines and Forbidden citadel which is just used for the King and the royal.

Located on the North of Perfume River and it is also the cultural center of Nguyen Dynasty from 1805 to 1945. It is furthermore, it is one of Vietnam’s seven UNESCO Heritage Sites. As a consequence, Hue Imperial city has been a must-see destination for both foreign and domestic tourists.

People call it with the numerous names like Hue Capital Citadel or Hue Imperial city. Truly, they are easy to misunderstand.

Hue Capital Citadel is the whole area covered by the first rampart having the Flag staff. What is more, it has ten main gates and many vestiges such as Quoc Tu Giam School (Hue National University), Xa Tac Pavilion, Tinh Tam Lake. Tourists can ride motorbike around or eat Hue food in it.

Hue Imperial City includes the Hue Imperial Citadel and Forbidden citadel which are surrounded by wide moats. Several buildings were the headquarters of the monarchy and shrines delicated to kings.

Moreover, it has four main gates. If visitors wish to explore it, they are able to visit Hue motorbike rental and it is compulsory to get the fee. 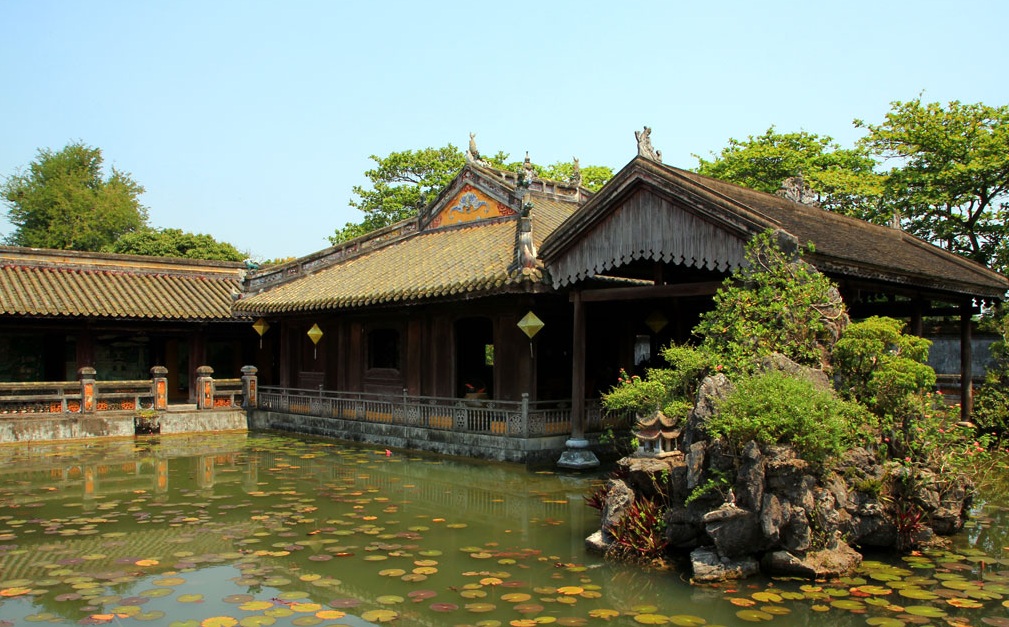 The imperial city has a circumference of 10 kilometers with the height of 6.6 meters surrounded by the artilleries and cannons. It has many massive structures.

It has been one of the outstanding constructions of Hue Imperial city. It which was built in 1833 under the rule of Minh Mang King is not only the main gate but also the political face of Hue city.

Historically, it was just opened when the emperors went in and out, or there was the appearance of the ambassador.

Accompanied with Ngo Mon Gate is Lau Ngu Phung (Five Phoenix Pavilion). In the middle place, it was used for the king, so it was roofed by yellow roof named Hoang Luu Ly, whereas they uses green ones called Thanh Luu Ly for mandarins’ place in the left and in the right. 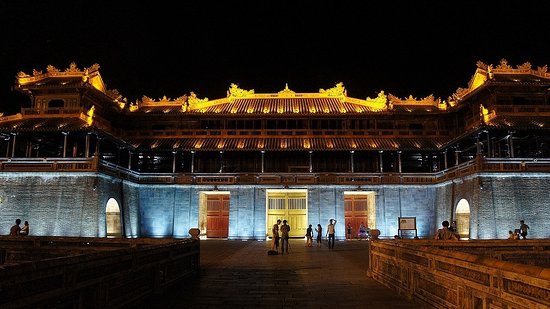 Is another structure associating with Hue Imperial city. People used to celebrate King’s birthday, the coordination in it. Furthermore, it is also the witness of the ups and downs ages of 13 Nguyen Emperor. Nowadays, it is the place to hold Hue Royal Music Court

Thai Hoa Temple of Hue Imperial city is the most important infrastructure and is the heart of the Royal city. In it, there are two separate halls: the anteroom and the main one putting the throne of Nguyen Kings. It was used for ambassador welcoming ceremonies such as Emperor’s Birthday anniversary. Its architecture has two large dragons on the top and yellow tiled roof. 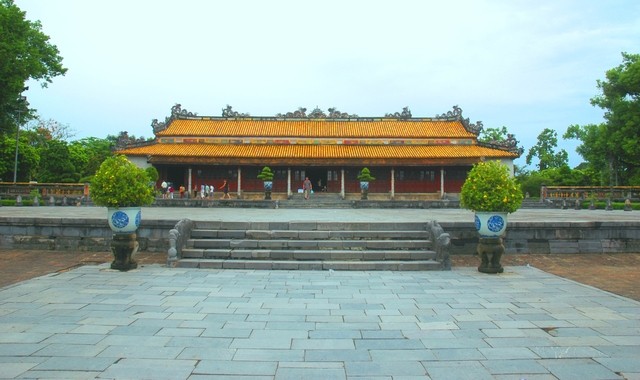 From the King Gia Long to Bao Dai, they are keen on the Confucian whose perception that death is not the end, but it is the continuousness of other generations. In other word, their existence is the worship of descendant. Therefore, in 1821, Minh Mang king constructed The Mieu Temple in order to worship Gia Long King. There are nine compartments in the main building and eleven others in the front building. 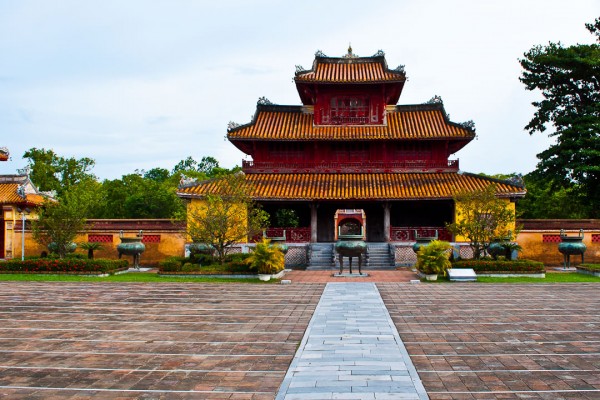 How to get there

Imperial Hue city is in the centre, so it’s easy for all the tourists to visit it by bike, bicycle or car. Besides, joining in Hue private car tour is the right choice with the full satisfaction. Apart from that, visitors can participate in Hue city tours or use Hue motorbike rental service to visit Imperial Hue City. Addition to this, your journey will be perfect if you join in Hue food tour by night.

In fact, Imperial Hue city is so beautiful and interesting that many people have visit twice or even three times. Therefore, don’t hesitate and enjoy with us now.